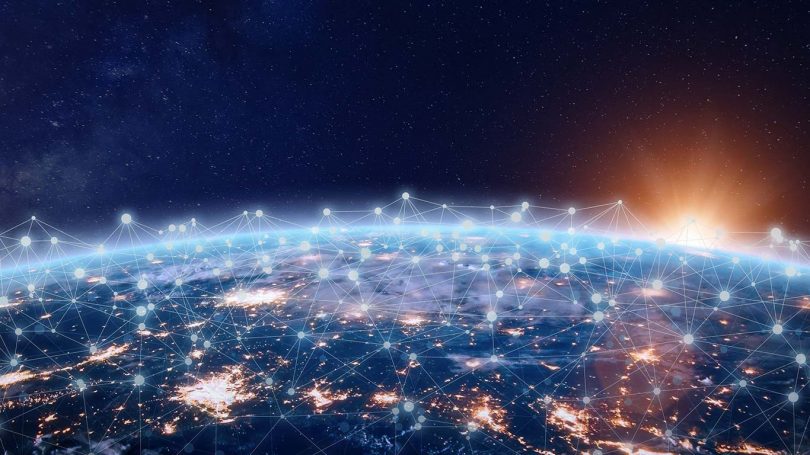 Nodes are critical aspects of blockchain security. Broadly speaking, a cryptocurrency node is a participant in a blockchain network. Without blockchain nodes, there can be no blockchain.

The key feature that makes blockchain technology unique, and part of why cryptocurrency has been so revolutionary, is decentralization. Bitcoin and most other cryptocurrencies aren’t controlled by a central server or group of servers. Instead, the network functions in a peer-to-peer (P2P) manner. People interact with each other directly rather than through a third-party intermediary, thanks to network nodes.

How Do Blockchain Nodes Work?

The process of everyone on the network agreeing that transactions are valid in the absence of a central authority is known as “achieving consensus.” It is the network nodes that achieve this consensus among users, helping to make the blockchain secure.

Consensus refers to the rules by which a blockchain network operates and confirms the validity of information written in blocks. Confirming this information can be complicated with large networks involving large numbers of people, hence the need for a consensus algorithm.

The original consensus algorithm is Bitcoin’s proof-of-work (PoW) algorithm. Proof-of-Stake (PoS) is another popular consensus algorithm that works somewhat differently but seeks to achieve the same goal. Many DeFi protocols utilize PoS. Both algorithms rely on full nodes for the validation of transactions and enforcement of network rules.

For the sake of simplicity, in this article we will assume that someone is interested in learning about Bitcoin nodes that run on PoW.

Anyone can download the entire Bitcoin blockchain and validate blocks. This increases both the security and the decentralization of the network, as more copies of the ledger come into existence and can be referenced by others. Bitcoin nodes can be run by anyone in the world with the proper hardware and an internet connection.

To recap: A node is one computer in a network of many that follows rules and shares information.

Full nodes are important for several reasons, not the least of which being that they vote on proposed changes to the network. When more than 51% of full nodes don’t agree on a proposal, it gets skipped. Sometimes this leads to a hard fork, as was the case in 2017 with the Bitcoin Cash fork.

Lightweight nodes or “light nodes” do not hold full copies of the blockchain. Light nodes only download blockheaders, saving users significant download time and storage space. Nodes of this nature depend on full nodes to function and are used for simplified payment verification (SPV).

Most often, when someone uses the term “full node,” they are referring to an archival full node. This is the primary node type that forms the backbone of a blockchain network. Archival full nodes are servers that host the entire blockchain, with every single transaction recorded in their databases. The main task of these nodes is to validate blocks and maintain consensus.

Archival nodes can be broken down further into two subcategories: nodes that can add blocks to the chain and those that cannot.

A pruned full node is one that saves hard disk space for its users by “pruning” older blocks in the blockchain. This type of node will first have to download the entire blockchain from the beginning. After that, it will begin deleting blocks beginning with the oldest and continue until the node only holds the most recent transactions up to a set size limit. If a node operator were to set the size limit to 250 MB, then a pruned full node would hold the most recent 250 MB worth of transactions.

In crypto mining, miners are either full or light nodes that try to prove they’ve completed the work required to create a new block. This is where the term “proof-of-work” comes from. To accomplish this task, miners have to either be an archival full node themselves, or get data from other nodes to learn the current status of the blockchain and how to work on finding the next block. (Those who seek to run mining nodes might want to take into account crypto mining electricity costs.)

Authority nodes are used by consensus algorithms for networks that aren’t fully decentralized, including Delegated Proof of Stake and Proof of Authority. In these networks, either the development team will decide how many authority nodes are needed and who will run them, or the community could vote for the decision. The task of these nodes is the same as full nodes in other networks.

Masternodes cannot add blocks to a blockchain. They only serve to validate and record transactions. Running a masternode can earn users a share of the network’s rewards. Doing so requires first locking away a certain amount of money in the form of the network’s native token. DASH is an example of a network that uses masternodes.

Lightning nodes don’t quite fit the mold of any of the nodes discussed so far. The main idea of a lightning node is to establish a connection between users outside of the blockchain, enabling what are referred to as “off-chain transactions.”

This reduces the load on the network and allows for much faster and cheaper transactions. Bitcoin lightning transactions typically cost 10 or 20 satoshis, or the equivalent of a fraction of a penny.

How to Set Up and Run a Full Node

Running a full blockchain node comes down to the following:

•   Choose a blockchain (Bitcoin, for example)

•   Acquire the hardware and/or software needed

The first thing required for running any kind of node is the necessary hardware. This often involves a small computer like a Raspberry Pi. There are three different ways to run a full node. They include:

•   Using a “node-in-a-box” solution or building one from scratch.

After that, it’s just a matter of maintaining and monitoring the node.

People might choose to run full nodes for a variety of reasons, including increased privacy or a desire to support their network of choice. Lightweight nodes and full nodes alike come with wallets that can be used for making cryptocurrency transactions. Full nodes provide greater privacy, as outside observers have a hard time distinguishing between transactions being processed by the node and transactions sent by the person running the node.

This article by Brian Nibley originally appeared on SoFi.com.