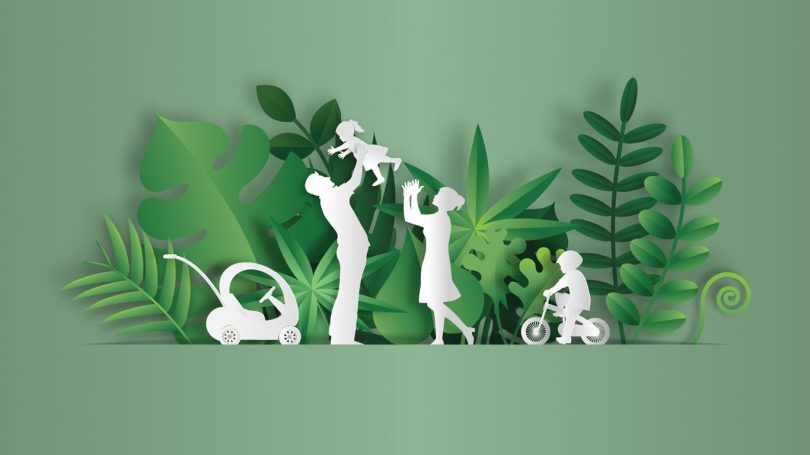 New babies bring so much to life – unconditional love, the joys of parenthood, snuggles, and a lifetime of new memories. But they also bring an entirely new set of responsibilities, lifestyle adjustments for their parents, and a swift and immediate knowledge on new topics like diapers (and their contents).

And it’s true that every new parent’s experience is as different as the babies they welcome to their lives, but we’re willing to guess that no matter which part of the planet they call home, every one of them asks themselves the same question at some point:

Can I afford a baby?

The Costs of Having a Baby

The exact cost of having a baby varies depending on health insurance, state and local cost of living, level of prenatal care, and a number of other factors. But according to the most recent report from the U.S. Department of Agriculture (USDA), a middle-income family in 2015 could expect to spend just under $13,000 per year per child.

For couples who conceived naturally, without the added costs of fertility treatments or adoption, that first expense might include a trip to the pharmacy for a pregnancy test. From there, they grow to include prenatal care for mom and baby and an ever-expanding checklist of purchases, to-dos, and decisions – all within the next nine months or so.

Here’s a look at some of the common expenses that can crop up, from pregnancy through baby’s first birthday.

The average cost of prenatal care is reported to be around $2,000.

Parents-to-be may find that some of the biggest costs of having a baby happen before the baby is born. Prenatal care, for example, can begin within weeks of conception. At first prenatal appointments may be likely to take place once a month, but they can increase in frequency as mom’s due date gets closer. Some good news here for parents with good health insurance: Oftentimes, prenatal care and its associated diagnostic tests may be considered preventative care that’s covered by health insurance.

Depending on mom’s preference for breastfeeding or formula feeding, the list might also include a breast pump and related supplies or formula (or sometimes both).

When it comes time to welcome your new bundle, the average cost is reported, on average, to be around $10,808 . Natural, vaginal births are usually the most affordable, with costs increasing alongside complications or procedures like c-sections, and actual costs swing widely by state.

According to numbers from Fair Health and reported by Business Insider, the most expensive state to have a baby is Alaska, where an uncomplicated vaginal birth averages around $11,610 with health insurance and $20,243 without. Conversely, the same delivery in Alabama costs around $5,230 with insurance and $9,516 without.

If complications are involved, or if the birth is performed via cesarean section, the costs can go up significantly. In Alaska, for example, a c-section with insurance can average around $16,707, and $28,617 without.

That’s an enormous amount of money for some new parents, especially those who face an emergency delivery with no other option. Still, the instances of c-section deliveries have gone up as much as 500% since the 1970s in the U.S.

Once mom and baby leave the hospital, they start to create a new normal for two. For mom, it can include postpartum doctor visits to monitor healing or remove stitches, and for baby it can include regular, frequent checkups, starting within three to five days of birth

If both parents decide at some point to return to work, the cost of daycare might be the next large, recurring expense. And for better or worse, newborns and infant rates are usually the most expensive (although it does tend to decrease as kids get older and more self-sufficient).

Just like other figures, the actual costs vary by state, but one study found that center-based child care for an infant was higher than in-state tuition and fees at public, four-year colleges across 30 states and Washington, D.C.

In day-to-day life, another prominent cost is likely to include diapers, wipes, and formula. For an idea of just how much those essentials might cost, Walmart put together a cost breakdown of those three items for baby’s first year. Its grand total for basics and some gear? $2,700 .

Combined with groceries, bills, and other aspects of pre-baby life that still go on, the thought of managing it all might feel overwhelming.

Here are some ways it’s possible to cut corners, get creative, and save money.

More and more employers are offering paid maternity (and paternity) leave, but beyond 12 weeks of unpaid leave offered by the Family and Medical Leave Act (FMLA), receiving pay while caring for a newborn isn’t guaranteed. For many Americans, that means saving up for a baby is more important than ever.

Facing a heap of new expenses while at the same time losing income may be a scary thought, and getting through it could require a heart-to-heart between partners and a lot of teamwork. But here are some strategies that may help ease the financial burden of saving for a baby.

One way to save early and often is to think of those nine months between the start of a pregnancy and the due date as time to stock up and save. Consider the financial difference between adding one box of diapers or wipes to a regular grocery trip vs. waiting until the baby arrives.

Adding items to your inventory a bit at a time – especially when they’re on sale – could be a lot easier on the wallet than an emergency trip when they’re needed ASAP. (Here’s a handy tool for calculating how many diapers of each size the typical baby will use.)

The same strategy could be used for cash, too. Every day, week, or month, parents could set aside as much as possible in an emergency baby fund. Having a specific account dedicated to baby’s needs could mean that the regular budget for paying bills and other grownup expenses isn’t as heavily affected.

If a new, baby-friendly budget is in the works, parents might want to consider ways to cut costs – starting with areas that are the least painful. Take fees, for example. Eliminating credit-card fees, ATM withdrawal fees, or late-payment penalties are some of the easiest ways to improve cash flow. If bills tend to be incurring late fees, automatic drafts or reminders are potential ways to help make sure they’re on time.

Some other, not-so-painful ways to cut costs might include looking at where unused subscriptions can be canceled and valued ones can be lessened but still exist.

Netflix, for example, has several subscription options, including a lower monthly price for streaming in lower quality on only one screen at a time. It can also be smart to check bills that have similar options, such as high-speed internet or cell phone. Is it possible to move to a less expensive plan that will still work vs. giving it up entirely?

Parents might also consider buying products that do more than one thing, such as convertible car seats that turn into boosters, strollers that expand to fit more than one child, or cribs that convert into beds.

Even kitchen items can be purchased that have multiple uses, which can offer more bang for the buck – especially if homemade baby food is on the menu.

A health savings account (HSA) is usually offered alongside a high-deductible health plan (HDHP), and when used how it’s intended could bring new parents some significant perks: Money that’s placed into the account is pre-tax (and can include employer contributions), and it can be used to cover out-of-pocket medical expenses, such as office copays. If the HSA provider issues funds via debit card, it’s one easy way to keep health expenses entirely separate from the day-to-day budget.

But it’s not just doctor’s visits that are covered by HSA funds. Depending on individual plans, some can also be used to pay for health memberships, chiropractic treatments, breast pumps, and other items not covered by regular health insurance.

And, although HSAs are traditionally offered through employer health plans, freelancers and other self-employed workers may be eligible to open an account, too.

A newborn’s essentials list may be significantly shorter than mom and dad’s: They need diapers, clothes, food, a safe place to travel and sleep, and parent cuddles – that’s it. The rest? The fancy diaper bag, the 100-in-1 stroller, the matching outfits, even shoes before the baby leans to walk, can be more like nice-to-haves.

To save money on needs vs. wants, parents could consider putting “gift” items on a baby-shower registry – if they’re purchased, great! No unnecessary strain on the budget.

Also remember that newborns aren’t concerned with hand-me-downs (they don’t even know they have hands). Checking social media marketplaces can lead to entire lots of baby clothes that are being sold by parents who need to make room for the next size up.

Remember that newborns are also color-blind, so especially if another child might join the mix one day, gender-neutral colors and clothes will be easier to pass down. This goes for everything from clothes to cribs to toys.

Understandably, some baby-related costs can’t be cut. Car seats, for example, have expiration dates and are not allowed to be sold second-hand. And some mothers may have reservations about purchasing a second-hand breast pump.

But if there’s opportunity for “like new” vs. “new,” children’s consignment stores can be another place to get good-quality baby clothes, diaper bags, and gear – even the fancy, high-end items – at far less than retail.

5. Putting Your Savings to Work

The USDA estimates that middle-income, married couples may expect to spend $233,610 to raise a child to adulthood – and that doesn’t include college tuition.

This article originally appeared on SoFi.