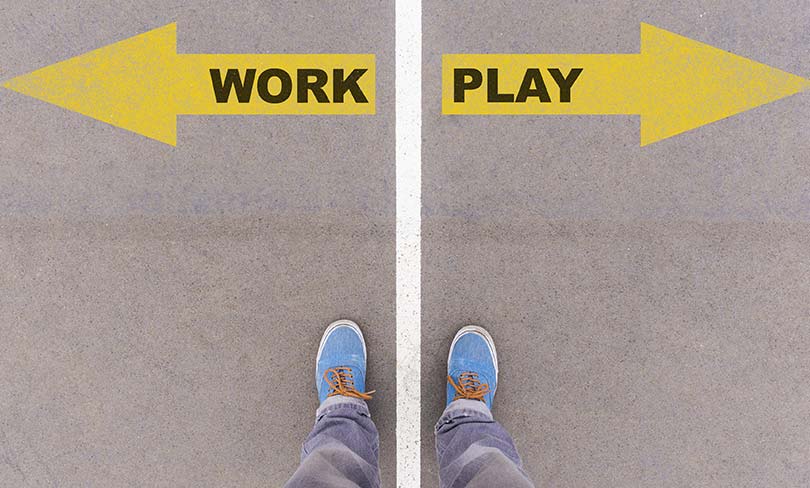 Written by GOBankingRates
Debt.com strives to provide our users with helpful information while remaining unbiased and truthful. We hold our sponsors and partners to the highest industry standards. Once vetted, those sponsors may compensate us for clicks and transactions that occur from a link within this page.

Millennials (born 1981-1996) and Generation X (born 1965-1980) aren’t often compared. Although the two generations share much in common, Gen X can be overshadowed by the baby boomers who precede them by sheer force of population.

As of 2020, millennials make up the largest generational population in the United States at 72.26 million. The next-largest is the baby boomer generation with 70.68 million. Surprisingly, Gen Z comes in third with 67.06 million.

While Gen X is smaller in numbers — accounting for 64.95 million Americans — they still make a big impact on the country’s economy. They’re characterized by a traditional work ethic, independent mindset and are more progressive and adaptable than those that came before them. Millennials are stereotyped as lazier and lacking work ethic, but they’re known to be tech-savvy, highly educated and collaborative.

When comparing the two generations, GOBankingRates analyzed expert opinions and data on their working and spending habits to see how much truth lies behind the stereotypes. See which generation actually works harder — and which spends harder, too.

“Gen Xers have a lot in common with millennials, especially the older ones born before 1990, but it’s more accurate to describe generational shifts in financial habits on a gradient. On one end we have baby boomers with a large share of wealth, modest levels of education and minimal debts. As we go younger, wealth decreases (even when considering people at the same age), education increases and debt increases,” said Carter Seuthe, CEO of Credit Summit.

Of course, the gradient that Seuthe describes isn’t the whole picture. While it’s true that Gen Xers have more wealth and are less educated than the millennial generation, they actually carry the highest debt of any generation. A lot of that can probably be attributed to their life stage and the fact that many millennials haven’t been able to afford houses.

“As a Gen Xer myself, I know how much this generation has been left out of the conversation when it comes to finances,” said Deborah Johnson Miranda, a financial coach for Gen X. “We have more debt than other generations. Some of that debt comes from taking care of our aging parents and our kids who are entering college and adulthood (in some cases pretty far into adulthood).”

The finances of Generation X and millennials have also been defined by their upbringing. Most members of Gen X were raised in a period of financial insecurity, experiencing the energy crisis and two separate recessions in the 1970s and early ’80s. As they grew older, though, the economy and job market grew healthier, providing plenty of opportunities for career success.

Millennials’ childhoods were defined by technology and the dot-com boom. Tragedies such as 9/11 and the Columbine shootings shaped society, but the economy remained strong until the 2008 recession, at which point many millennials were just entering adulthood.

“Millennials are stuck in that difficult societal space, fighting with baby boomers and getting accused of being lazy, when the truth is more likely that they are cynical because they are burdened with a heavy student debt load and can’t find well-paying jobs that give them life benefits. I also see millennials as being more demanding about a work-life balance. Gen Xers didn’t do that at their age. We just accepted that things were the way they were and moved on with life,” Miranda said.

The data shows that Gen Xers and millennials have shared pretty similar work lives. On average, a person from Generation X spent 8.19 hours per day working, whereas a millennial clocked 8.22 hours. And although women work more today than at any time before, the men of each generation spent more time working overall.

Still, their attitudes and approach to the workplace are markedly different. While it’s not accurate to paint millennials as entitled, they may have earned that moniker because they change jobs so frequently. According to Gallup, millennials are three times more likely to have changed jobs within the past year than members of other generations. But that doesn’t mean they don’t value hard work.

“In terms of working habits, I find millennials are tremendously versatile and hardworking. They do, however, want to work fewer hours overall. I run my e-commerce store and three brick-and-mortar ones. Work is my main hobby. I don’t see quite as many millennials like me, although many Gen Xers are exactly this way,” said Richard Clews, founder of Pants&Socks.com.

Gen Xers and millennials have not been aligned on their spending habits, according to the BLS report. For example, Gen Xers spent 1.66 hours a day shopping versus 1.46 hours for millennials. The report also concluded that millennials were less likely to purchase goods and services than members of Generation X were at the same age.

As far as spending power today goes, though, millennials may have the upper hand.

“As a consumer, millennials are more valuable simply because their numbers are so much larger,” said Dr. Carrie Root, author, CEO and founder of Alpha UMi. “For large-ticket items, Gen X has more disposable income and will seek a good value from a recognized name. For millennials, online presence is everything — you better be supporting a cause that resonates with them. But if you offer products that can be sold via subscription, millennials are a dream market sector.”

Millennials are also more likely to spend their hard-earned money on travel or entertainment, according to Brad Hall, co-founder and CEO of SONU Sleep. Meanwhile, Gen Xers can swing those “large-ticket” purchases like homes.

“Millenials live for experiences, which cost money, but are decidedly worth it,” Hall said. “Gen X are more frugal and fiscally conservative, which is not to say they don’t spend their money, but they spend it on what society might deem more ‘practical.’ Of course, spending money ‘practically’ has become increasingly hard, and investments like real estate are seen as a pipe dream for many millennials.”

Each Generations Has Its Own Strengths and Weaknesses

Gen Xers and millennials have each been molded by the world they grew up in. As a result, their spending and working habits are quite different.

“Gen Xers are a little more entrepreneurial. Millennials have a more versatile, relevant skillset — especially in the digital age. Both are valuable,” Clews said.

From a consumer perspective, millennials won’t be relegated to smaller-ticket purchases forever. More will take the mantle of homeowner and gain wealth as they get older. Higher house prices, stagnant wages and the continued burden of student debt, however, could mean they never own homes at the same rates as older generations.

This article by Levi Leidy was originally published on GOBankingRates.