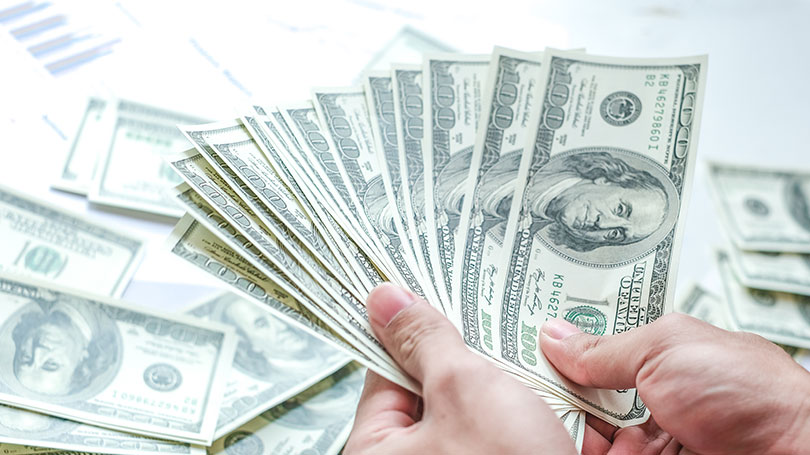 While most of us don’t aim to go into debt, if you’re an adult in America, chances are you’re in at least a little. Personal debts held by private individuals are called “consumer debt”—and since you probably have some, it’s a topic worth getting familiar with.

What is Consumer Debt?

Consumer debt, as its name implies, is the amount of total debt held by consumers, meaning private individuals as opposed to governments or businesses.

In other words, “consumer debt” covers pretty much all the debt you might be in (though not any debts you’ve incurred as a business owner, if you are one): credit cards, student loans, auto loans, payday loans, and even mortgages.

Consumer debt is debt held by consumers, meaning private individuals as opposed to governments or businesses.

Americans carry quite a lot of consumer debt: according to the New York Fed, total household debt sat at $14.27 trillion in the second quarter of 2020—which, shockingly, represents a decrease of 0.2% ($34 billion). Mortgage balances comprise the largest portion of that total, accounting for $9.78 trillion, more than half of American consumer debt, on their own.

Student loan debt takes the silver medal, accounting for another $1.5 trillion of the total, while credit card debt accounts for about $820 billion.

While “debt” doesn’t tend to have good connotations when brought up in conversation, some consumer debt is just about impossible to avoid in our society, and it’s not always a financial emergency.

On the other hand, some kinds of consumer debt are predatory and should almost always be avoided.

Given that the average sale price of a home in the U.S. tops $380,000 these days, most of us have to take out a mortgage if we want to become homeowners. Saving up a cash down payment can be challenging enough!

As mentioned above, mortgage balances make up the largest portion of the U.S. consumer debt total by a wide margin—and mortgages have long been considered a “good” kind of debt to get into, thanks to the tendency of real estate to appreciate in value.

Although paying a mortgage every month might not be fun, doing so can help consumers slowly build equity in their homes, and over time, the asset might be worth far more than they initially paid for it.

That said, most of us remember what happened in 2008. Nothing is written in stone! So although mortgages may represent a safer form of debt, they’re still not totally without risk.

Student loans are a reality for millions—as mentioned above, they’re the second-largest component of the U.S. consumer debt total. And while going into debt to get educated certainly sounds like a noble cause, unfortunately, the burden of student debt can wreak larger financial havoc on borrowers.

For instance, some studies show that students with loan debt have, on average, half as much money in the bank as those who don’t, and 75% less net worth.

Fortunately, there are ways to minimize the impact of student loan debt both during school and after. Applying for scholarships and grants can go a long way toward helping a student fund their studies, and graduates might consider refinancing their student loans if they qualify for a lower interest rate or preferable terms.

Refinancing won’t be right for everyone and it’s important to note that refinancing federal student loans eliminates them from borrower protections and benefits like Public Service Loan Forgiveness or deferment or forbearance.

Auto loans are another common kind of consumer debt—and they’re tricky, because vehicles tend to depreciate in value. That means it’s easy for a borrower to find themselves owing far more on their vehicle than its current value, even with relatively low interest rates (which hover at about 4-6% for those with credit scores over 700).

Buying used vehicles can help mitigate this effect, as brand-new cars generally depreciate at a steeper rate than pre-owned ones do. According to Carfax, a factory-floor vehicle could lose as much as 10% of its value in the first month!

Personal loans are another type of consumer debt—and unlike an auto loan or a mortgage, the funds can be applied to just about any use the borrower wishes. For instance, people may take out personal loans to fund a home renovation or repair project, help pay for medical procedures, or relocate.

However, because personal loans are unsecured (that is, not tied to a physical asset like a house or a car), they’re riskier for lenders… which means they tend to have higher interest rates than secured loans do.

Credit cards—and therefore credit card debt—are widespread because plastic is just so darn accessible and easy to use. In fact, it may be too easy: the average American holds more than $5,000 in credit card debt, which can be notoriously difficult to pay off.

That’s because credit cards have relatively high interest rates; the mid-September average was about 16% APR, according to CreditCards.com , but it’s not unusual to find cards with rates over 20%.

What’s worse, most credit cards charge compounding interest, meaning you end up paying interest on the interest you’ve already accrued. That can quickly lead to a ballooning debt spiral it’s hard to get ahead of—which is why it’s important to pay off credit cards in full and on time each and every month. (And if that’s not possible, consider avoiding them!)

Payday loans are a type of short-term credit offered to consumers looking to get access to cash fast. Generally, these loans are for relatively small amounts of money… but they come at a big cost to the consumer.

Although these fast-cash offers can be tempting, the high cost associated with them make them a last resort. Along with off-the-wall interest rates, many payday lenders also levy late fees or additional fees to roll over the debt for another period. If at all possible, try to find the money somewhere else!

Pros and Cons of Consumer Debt

There are some benefits to consumer debt—as well as, more obviously, some drawbacks.

•   Consumer debt is necessary to build a credit history that future lenders—as well as other important decision-makers, like landlords—may require to extend lines of credit, housing, or other valuable items.
•   Consumer debt can make certain purchases and lifestyle choices—such as owning a car, for example—possible, when they otherwise would not be.
•   Certain types of consumer debt, such as mortgage debt, have the possibility of creating more value in the long run. (That’s why these types of purchases are often referred to as “investments.”)

•   Being in debt can be, well, expensive—and can make it more difficult to meet other financial goals.
•   High-interest debt, and compounding debt, can make it easy to fall behind over even a minor budgetary shift or setback.
•   As seen above, even “safer” forms of debt, like mortgage debt, still carry risks.

Getting Out of Consumer Debt

For some consumers, the most pressing conversation about consumer debt is simple: how do you get out of it?

While dialing down debt can be challenging and time-consuming, it is possible with hard work, dedication—and, sometimes, a few well-made money moves.

For instance, if you find yourself drowning in high-interest credit card debt, two common approaches are the avalanche and snowball methods. (And no, neither requires a screening of Disney’s Frozen.)

The snowball method involves focusing on the lowest-balance debt first: make minimum payments on all other debts while throwing as much money as possible toward the focus account. Once that’s paid off, move on to the next-highest account, and so on. This method is popular and effective because it can feel easier to stay motivated when you’re reaping the psychological reward of paid-off balances.

The avalanche method, on the other hand, involves focusing on the highest-interest balance first. That way, borrowers are chipping away at the debt that may be acting as the heaviest anchor, freeing up more funds to help them tackle other loans afterward.

Specifically when it comes to credit cards, taking out a consolidation loan can be one option for those interested in simplifying their monthly budget. A consolidation loan may also potentially save a borrower money in interest, by helping them secure a lower interest rate.

To do so, borrowers take out a personal loan that covers the sum of all their credit card debt—and use the loan to pay off those accounts in full. Then, they simply pay back the loan, which is likely to carry a lower interest rate… and, importantly, doesn’t include compounding interest.

Although there are many credit card consolidation loans to choose from, SoFi’s line of personal loans offers a fixed pay schedule and carries no origination or application fees.

The article originally appeared on SoFi.