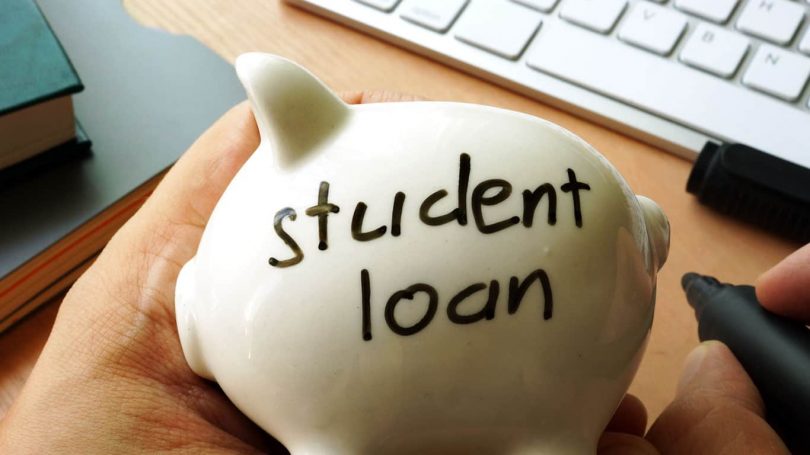 Written by finder.com
Debt.com strives to provide our users with helpful information while remaining unbiased and truthful. We hold our sponsors and partners to the highest industry standards. Once vetted, those sponsors may compensate us for clicks and transactions that occur from a link within this page.

Paying off your student loans early can potentially save you thousands on interest – especially if you have a long loan term. But while making extra repayments, being strategic about where you apply those repayments can help you save even more and get out of debt faster.

Which student loans should I pay off first?

It depends on your situation. Generally, you can save the most by paying off your high-interest loans first. This usually means beginning with private loans, which tend to have the highest rates, before turning to federal funding.

You also might want to consider the size of your loans. A small loan with a high-interest rate might not be worth paying off first before a larger low-interest loan. It may help to first review what to do before you start repayments.

How to decide which student loans to pay off first

Follow some – or all – of these tips to figure out which loans to repay first.

1. Figure out which loans are the most expensive

Before you get started, take a look at all of your student loans. Make a list of which have the highest rates, highest balances, highest monthly repayments and highest total cost.

Also, consider benefits like deferment, forbearance and forgiveness – you might want to hold off on making extra repayments on loans with these options if you’re planning on going back to school.

Have multiple private loans? If they’re roughly the same size, start with the loan with the highest rate first. If one is smaller than the other, crunch some numbers to figure out how much you could save by shortening your loan term.

3. Prioritize PLUS over Direct Loans

Parent and Graduate PLUS Loans are the closest federal loans to private student loans. They have higher rates than other federal loans and might not be eligible for all of the benefits available through the Federal Direct Loan program.

Unless your PLUS loans are substantially larger than your Direct Loans, you might be able to save more by paying these off first.

Unsubsidized loans used to pay for graduate school have higher rates than your undergraduate subsidized and unsubsidized student loans.

Also, subsidized student loans come with the added benefit of being able to go into deferment without interest adding up while your repayments are on hold. You might be able to particularly benefit from prioritizing unsubsidized loans if you’re planning on going back to school and want to go into deferment.

5. Make sure repayments go toward the principal first

It won’t matter which loans you repay first if your repayments only cover unpaid interest. That’s because interest is a percentage of your loan balance – the lower the balance, the less interest you’ll pay.

In most cases, simply making an extra repayment to your servicer is not enough. Often, this will put you in “paid ahead” status, meaning you’ll simply owe a reduced amount the next month. Other times, your repayment will automatically go toward any unpaid interest before the principal.

Reach out to your servicer to arrange how you’d like your repayments to be applied. Most have a specific procedure for this.

Trading your student loan for a better deal can save you money. It can also buy you some time to focus on higher-interest loans. You might want to consider it if you have strong credit, a high-paying job and multiple high-interest loans.

But the right choice is different for everyone. You can learn more about how you can benefit by reading our guide to student loan refinancing.

If you have both fixed- and variable-rate private student loans, consider whether the Federal Reserve has plans to increase rates. If so, you might want to pay off your variable-rate loans first.

Short on time to sit down and really crunch the numbers? You might want to use a debt repayment strategy instead, such as one of these popular methods:

Not sure which to choose? Read our article on debt avalanche versus debt snowball methods to help you decide – or opt for a combination of the two.

While paying off loans with a cosigner first might not save you the most, you still might want to give them extra attention. If your cosigner is thinking about taking on debt of their own – whether applying for a mortgage, car loan or new credit card – lessening their debt load can help them qualify for more competitive rates. You can also look into applying for cosigner release if it’s an option.

Is paying off my student loans early the right choice for me?

Repaying your student loans ahead of time can help you save big on interest and shorten the path to debt freedom. But you can save even more if you have a well-thought-out plan. Even if you’re struggling with repayments, paying it off strategically can save you in the long run.

This article originally appeared on finder.com.